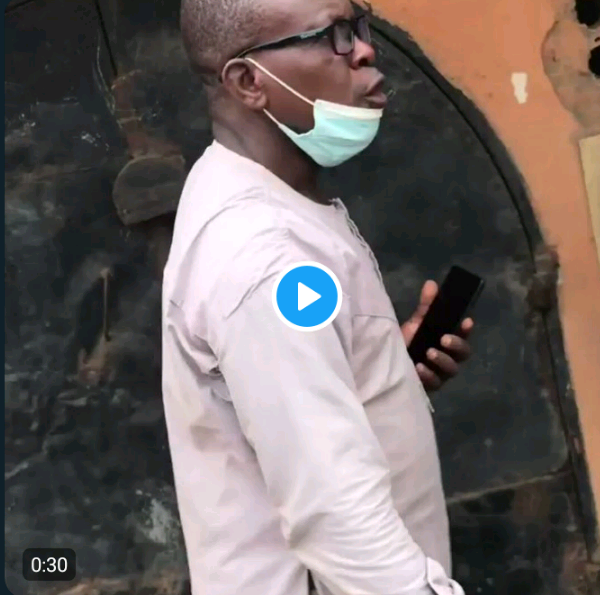 According to a video posted on social media by one (Theviraltrendz), a man whose identity is yet to be determined was seen confronting ladies protesting against rǎpe and violence at Ipaja area of Lagos State.

In the 30 seconds video, the man blasted the ladies for staging the protest. He said the major cause of rāpe in Nigeria is because women have turned guys to automated teller machine (ATM) that pays them at all times, he told them to stop collecting money from guys to avoid being rãped.

There has been a sudden increase in the cases of rāpe and molestation in Nigeria. In the last couple of days, more than ten ladies have been rãped with some been murdered in the process. This includes young girls of 5 years old and below.

The society is fond of blaming the victims rather than therapists. Society believes that râpe is being caused by ladies’ mode of dress, location, and the companies she keeps. This is because of tradition and religion dominant in society.

Many Nigerians have now understood that the sole cause of rāpe and molestation is the rapist and not the victim. Many young girls who have not attained puberty age have fall victim, even toddlers are not left behind.

Individuals and civil organizations have begun to raise up against the act in the country, some of their activities are to educate the masses that the only cause of such a barbaric act is the criminal and not the victim or what she put on.