Side chicks been beside married men is a common phenomenal nowadays.

A married woman has shared her pain after discovering that her husband has side chicks he do sleep with apart from her.

One the sad situations facing married couples in their marriages is the problem of infidelity on either from the wife’s side or from the husband’s side.

Most married men do get tired of living with their wives after some years of marriage, which might be caused by many factors ranging from the body size of the wife, or bad character, being neat, cooking skills and many more.

A married woman who is in pain has narrated her ordeal on Instagram after chatting with one of her husband’s side chicks, which she made it known that she naked herself to swear for both her husband and his side chicks sleeping with him.

The married woman made it known that she is in serious pain and also cursed all the single ladies sleeping with married men, saying they will also experience the pain she is experiencing in thousand folds. 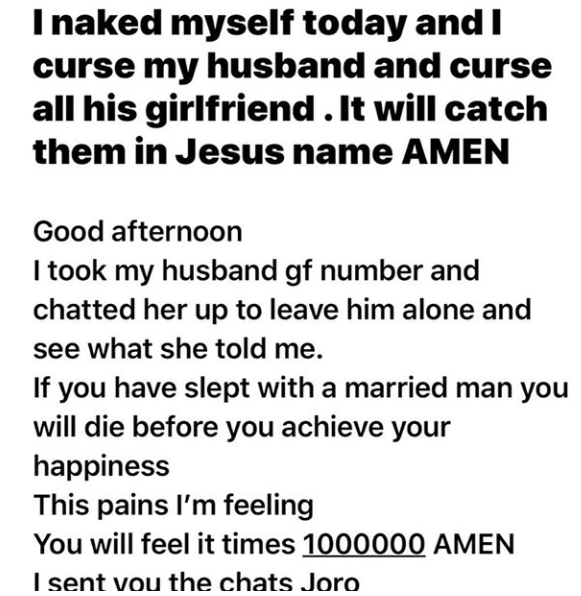 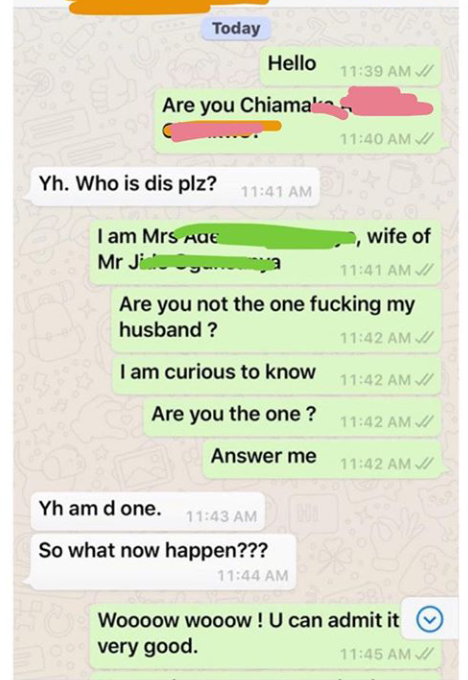 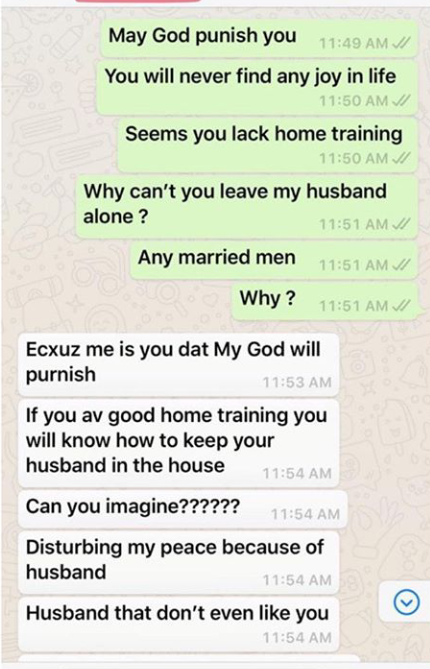 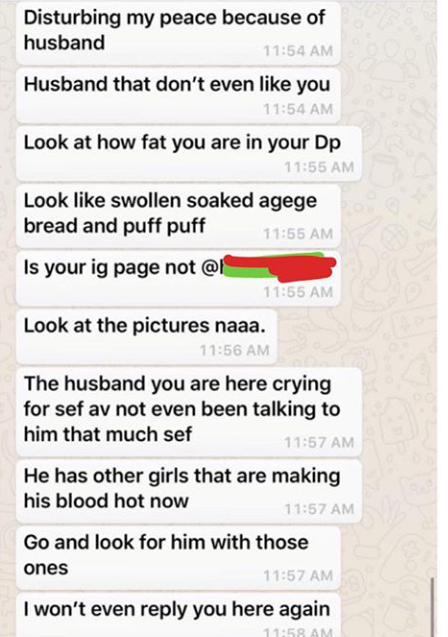 Things you should never tolerate in relationship at any cost

“It Has Been Paradise On Earth for Me” – Musician, KWAM1’s New Wife, Emmanuella Celebrates One Week Wedding Anniversary