PDP Bigwigs Visit Oba of Benin as They Storm Edo State on a Thank You Tour.

The People’s Democratic Party has embarked on thank you visit to those who worked for the victory of Governor Godwin Obaseki in the last gubernatorial election.

The leadership of the party including Governor Nyesom Wike of Rivers State, Aminu Waziri Tambuwal of Sokoto State, Seyi Makinde of Oyo State, Ahmadu Fintri of Adamawa State, and bigwigs in the party joined Governor Godwin Obaseki on a Thank You visit the Oba of Benin in his palace in Benin city on Tuesday. 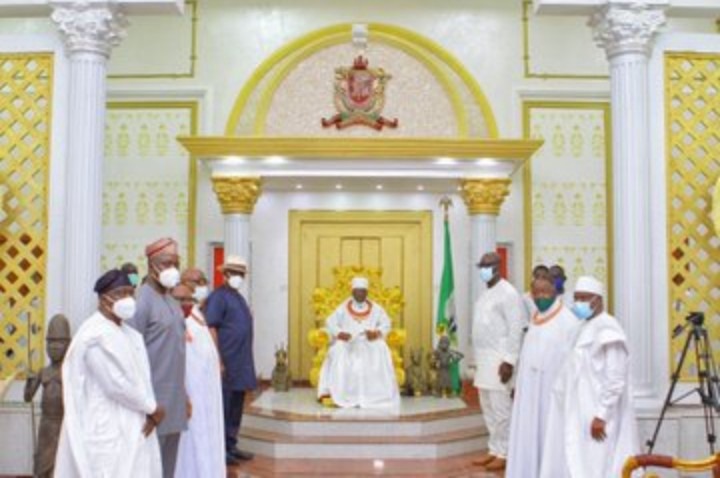 His Royal Majesty, Omo N’Oba, played a pivotal role in ensuring that the Edo Governorship election was relatively peaceful. 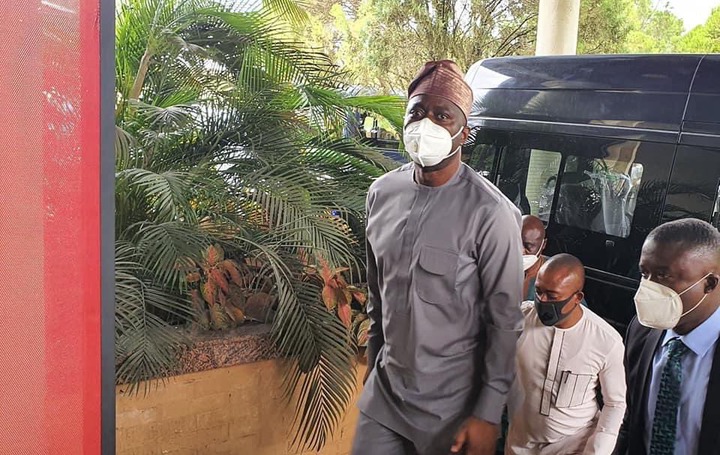 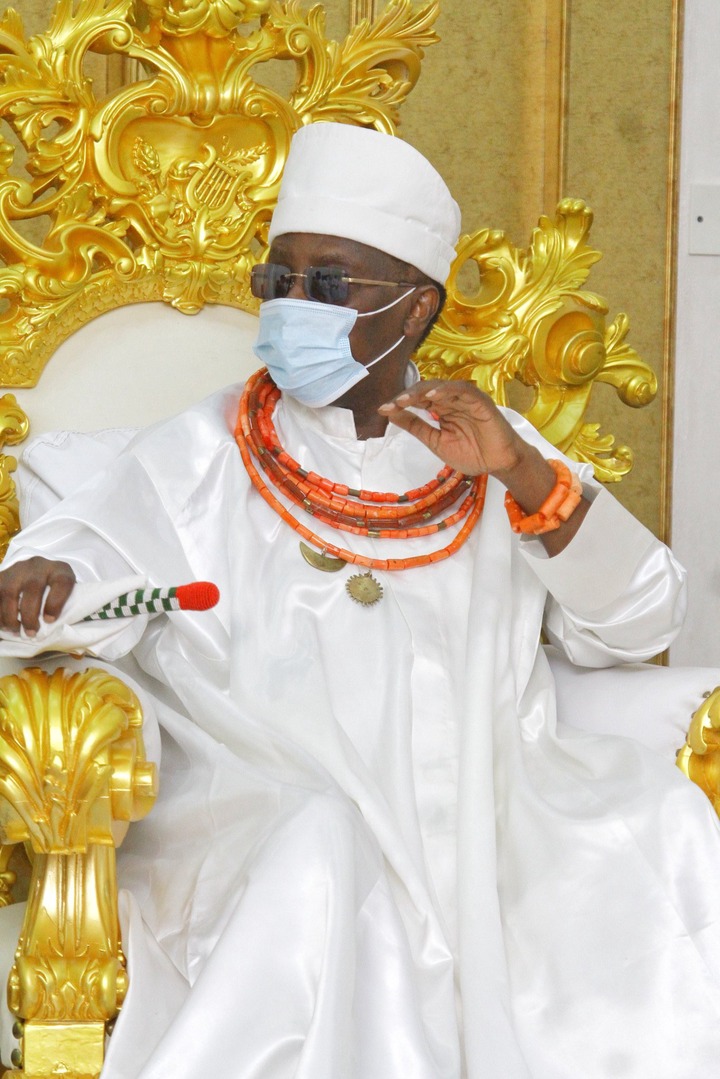 They also visited other stakeholders in the state who worked for the victory of Governor Godwin Obaseki in the last gubernatorial election.

The opposition party disclosed this on its Twitter handle on Tuesday evening. 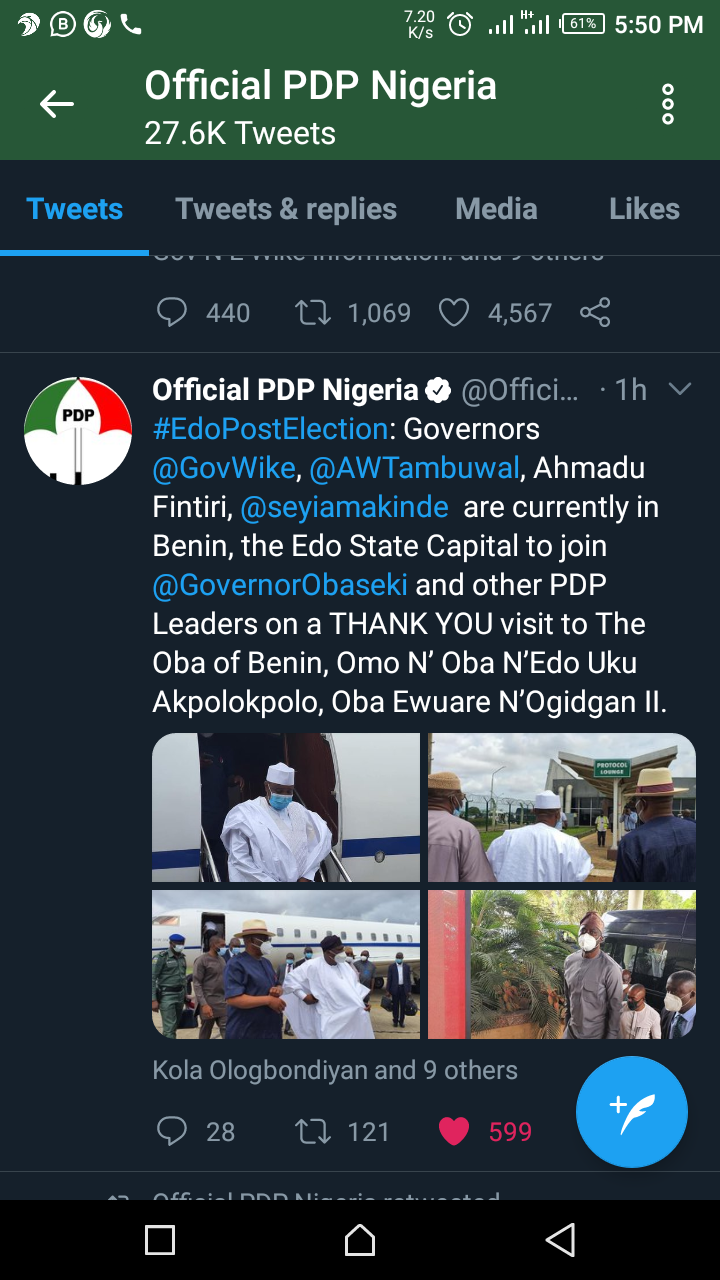 Governor Godwin Obaseki defeated Pastor Ize Iyamu of the All Progressive Congress in the last gubernatorial election in Edo State.

Obaseki joined the main opposition party a few weeks to the election to secure the ruling party ticket was frustrated by his predecessor, Comrade Adams Oshiomhole.

Do you think the Edo State election was free and fair?

It's almost election and Donald Trump is doing everything possible that he can to win Americans' hearts so as to enable him run for...
Read more
News

Benue youths on Saturday morning took to the Daudu major road in Guma Local Government Area of the State to protest what they regarded...
Read more
Gist

Philip Walton was reported to have been rescued after he was kidnapped last week at gunpoint in Niger, Nigeria. Philip Walton who was staying in...
Read more
- Advertisement -
Subscribe
Login
0 Comments
Inline Feedbacks
View all comments
© 2020 | 50Minds Reporter | All rights reserved
wpDiscuz
0
0
Would love your thoughts, please comment.x
()
x
| Reply