Nigerian star Jack Ipalibo was on action for Stromsgodset football club of Norway on Sunday night, and he was able to score a classic goal in their convincing 3-0 victory over League leader Lillestrom FC.

The former Villarreal football club of Spain star was given another starting role by his coach, following his brilliant display for the club in their previous matches, and he was able to impress again.

The 24 years old started in his team’s midfield alongside Johan Hove and Herman Stengel and the trio were superb for the host in the game.

Jack Ipalibo broke the deadlock for the home team in the 53rd minute, and Kristoffer Tokstad doubled the lead in the 77th minute before Lars Salvesen scored the last goal of the game in the 90th minute to end the match 3-0. 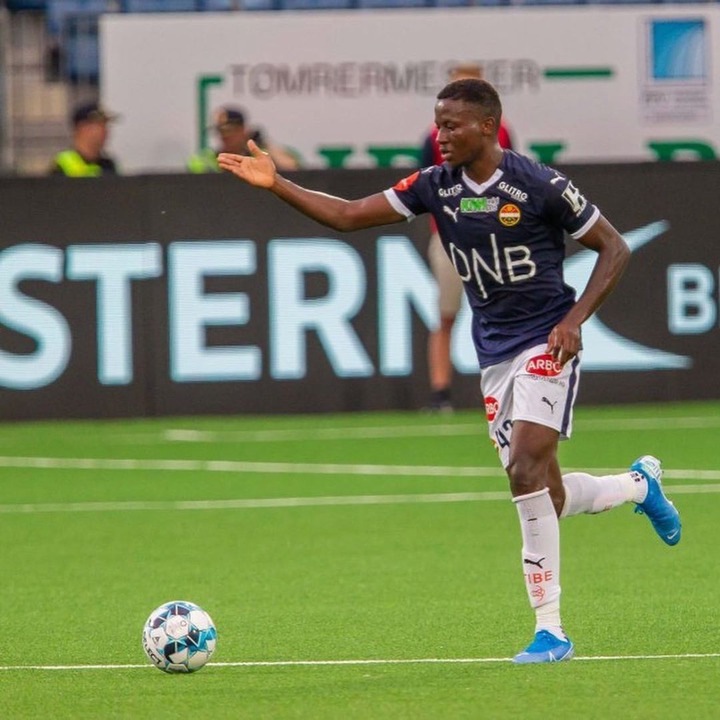 The Nigerian was fantastic for the home team in the game, and he was able to mark his excellent performance with a beautiful goal.

The victory over Lillestrom football club has now taken Stromsgodset football club to the 4th spot of the Norway Eliteserien League table with 20 points from 12 matches played.

Content created and supplied by: c.nananews (via 50minds
Online News )

WATCH: BELLE DELPHINE AND TWOMAD TWITTER Video & Pics Went Viral All Over On Social Media, Why They Are Trending!