Imo state government have reached the conclusion to place a ban on all taskforce operating in the state. The decision which was reached by the executive council in the state was made known to the public by the governor of the state himself.

While speaking on the ban placed on all taskforce the governor noted that the decision to ban all revenue collection and consultancy arose after the government detected excessive leakages which in turn affect the internally generated revenue of the state. 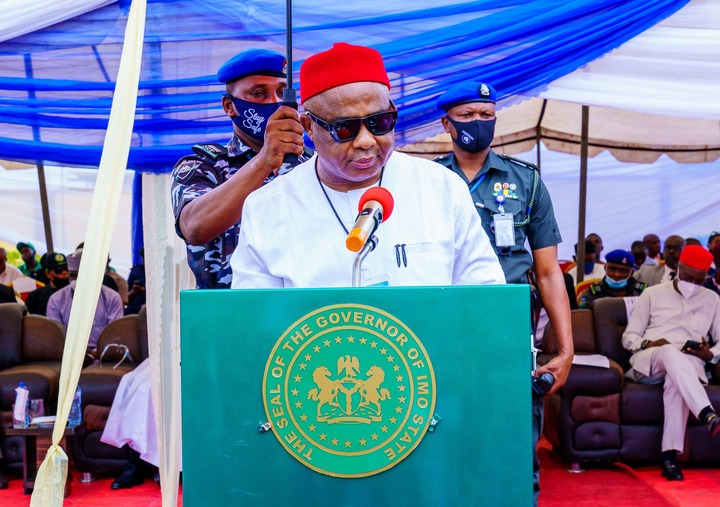 The decision to ban all task force operating in the state will also entails the ban on the sales of any form of emblem by task forces or consultants.

The governor however issued a dire penalty on anyone who won’t adhere strict to the newly made law in the state. 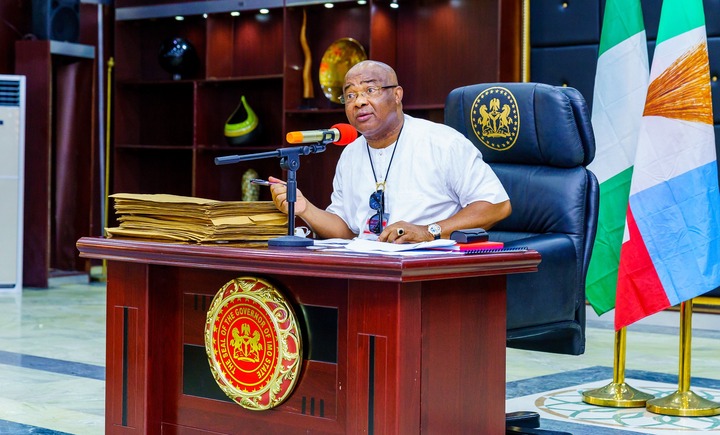 “…Consequently, those who would want to test the will of government will have themselves to blame as plans to constitute a security outfit that will go after recalcitrant persons will soon be unveiled…”

“…There is nothing like Owerri Capital Development Authority (OCDA) Task Force, Emblem collection Task Force, and Revenue Task Forces on the street of Owerri Municipal anymore.”

This means that the Board of Internal revenue is now the only recognizable outfit authorised to collect revenue for the state government.

The governor finally concluded on the ban by stating that in order to ensure full compliance with the new law on the ban of all task forces, the state government has concluded to launch a security and enforcement monitoring team to ensure that everyone complies with the laid down rules. 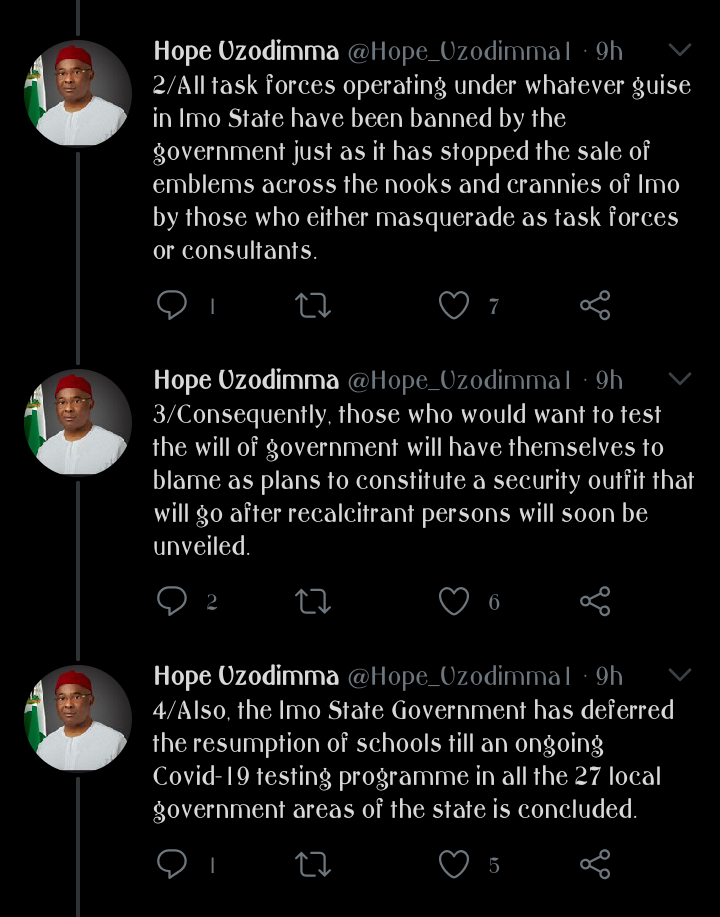 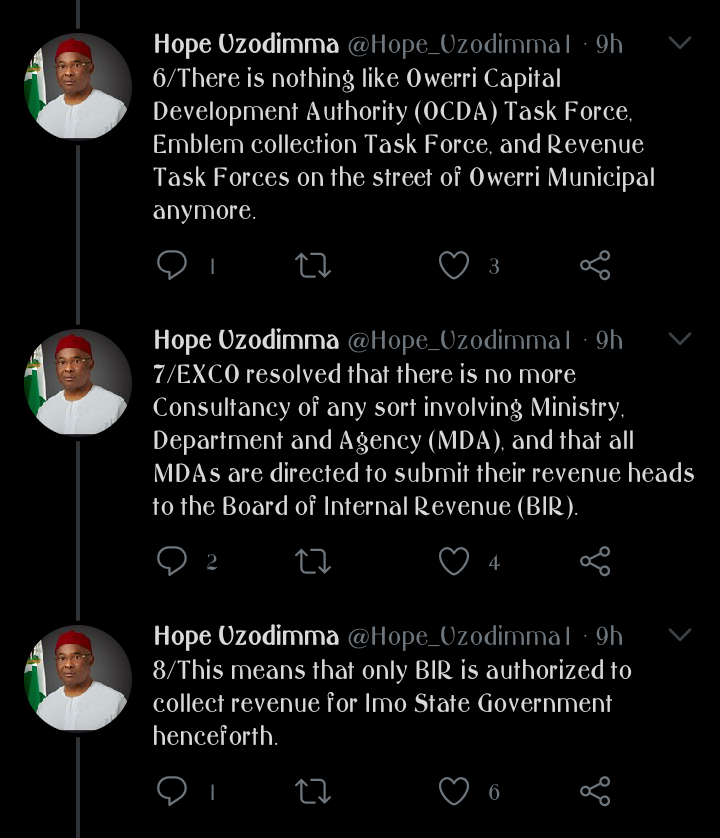 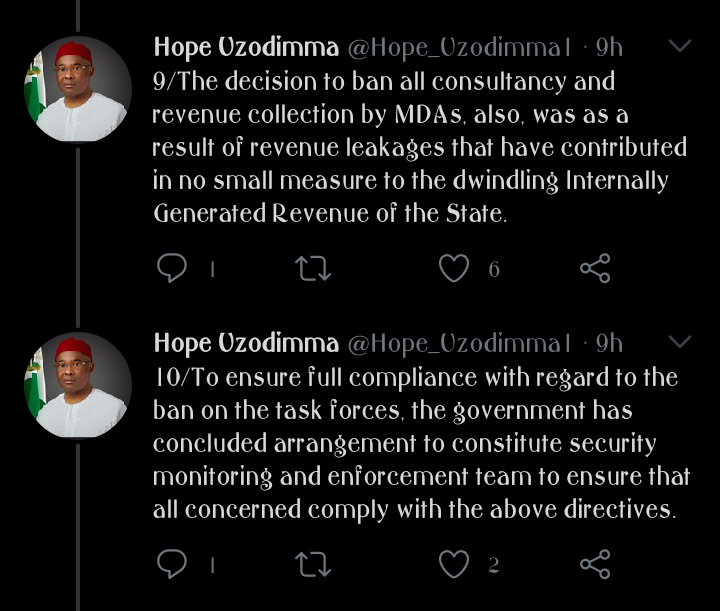 "It is painful that what started as a peaceful protest has been hijacked and turned into complete Anarchy"- Davido laments Nigerian singer and songwriter David...
Read more
- Advertisement -
Politics

The #EndSARS Protests; A Fundamental Lesson in Democratic Governance. I heavily grieve for those who have lost their lives or been injured during the period...
Read more
News

#Lekkimassacre: Grieving mother of Anthony speaks on the death of her son who was killed at Lekki Toll gate The mother of one of the...
Read more

President Muhammadu buhari has vowed to get justice for peaceful protesters who lost their lives in Lekki shooting.   Nearly a week after the shooting that...
Read more
News

Kuwait ministry of health confirmed that the country had reported 708 new covid-19 Cases, 2 New Deaths, and 661 recoveries in the past 24...
Read more
News

ENDSARS PROTEST:  Political or A Child Of The Moment

ENDSARS PROTEST:  Political or A Child Of The Moment I have watched with dismay the trend of events that have taken over the supposedly peaceful...
Read more
News

Did you know : 10 Fun Facts You Need To Know

1.Did you know apple does not like its iPhone to be used in movies by villains (Bad guys)? 2.Did you know the consumption of alcohol...
Read more
- Advertisement -
Subscribe
Login
0 Comments
Inline Feedbacks
View all comments
© 2020 | 50Minds Reporter | All rights reserved
wpDiscuz
0
0
Would love your thoughts, please comment.x
()
x
| Reply