Iwobi, 24, joined Everton last year for £28 million after ending his stay with Arsenal. But he has struggled to make much of an impact with the club. 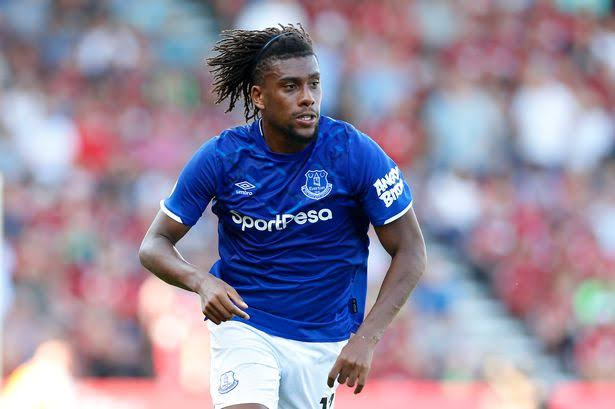 Surprisingly he was not included in the starting line up or bench in Everton’s 1-0 victory over Tottenham Hotspur on Sunday and Udeze who is now a broadcaster with Brila Fm feels it is time the Super Eagles star to leave.

“I think Iwobi should look for another club especially with James Rodriguez signed it will be difficult for him to play,” Udeze said on Brila FM.

“Imagine against Tottenham he did not make the bench and even the squad. So for me, he should start looking for another club.

“It’s painful for me but as it is, I think the best thing is for him to go elsewhere.”

Iwobi made 100 Premier League appearances for Arsenal following his promotion to the first team in 2015 before leaving the side for Everton.

Iwobi has featured for England U16, U17 and U18 before switching his allegiance to the Nigeria national team in October 2015.

Vee drops bombshell concerning her relationship with Neo in a new clip A clip has surfaced online, as shared by MediaGist, Vee was caught saying...
Read more
- Advertisement -
News

According to Kuwait times, In order to reduce the number of traffic rules violators, Kuwait Government increases Fine and jail term for traffic violators. Fine and...
Read more
Celebrity

BBNaija: Embarrassing moment Nengi curved Ozo's kiss as he got evicted from the house (Video) Last night Sunday eviction came as a shock to a...
Read more

Bronny James who is the son of NBA star Lebron James, is now on the spotlight as he was caught smoking marijuana on his...
Read more
English Premier League
READ ALSO :  Football: Serie A best and worst transfers in January 2020 window

Liverpool Clash With Chelsea at Stamford Bridge; What to Expect

Liverpool clash with Chelsea at Stamford Bridge tomorrow will be Liverpool first away game of the new Premier Lague season and also a litmus...
Read more
Football

How Liverpool Signed Thiago Alcantara a Player Worth £43.8m for £20m